This tutorial is also available for PySide6 , PySide2 and PyQt5

This tutorial requires Qt Creator to be installed — you can download it free from the Qt website. Go to https://www.qt.io/download and download the Qt package. You can opt to install only Creator during the installation.

Open up Qt Creator and you will be presented with the main window. The designer is available via the tab on the left hand side. However, to activate this you first need to start creating a .ui file. 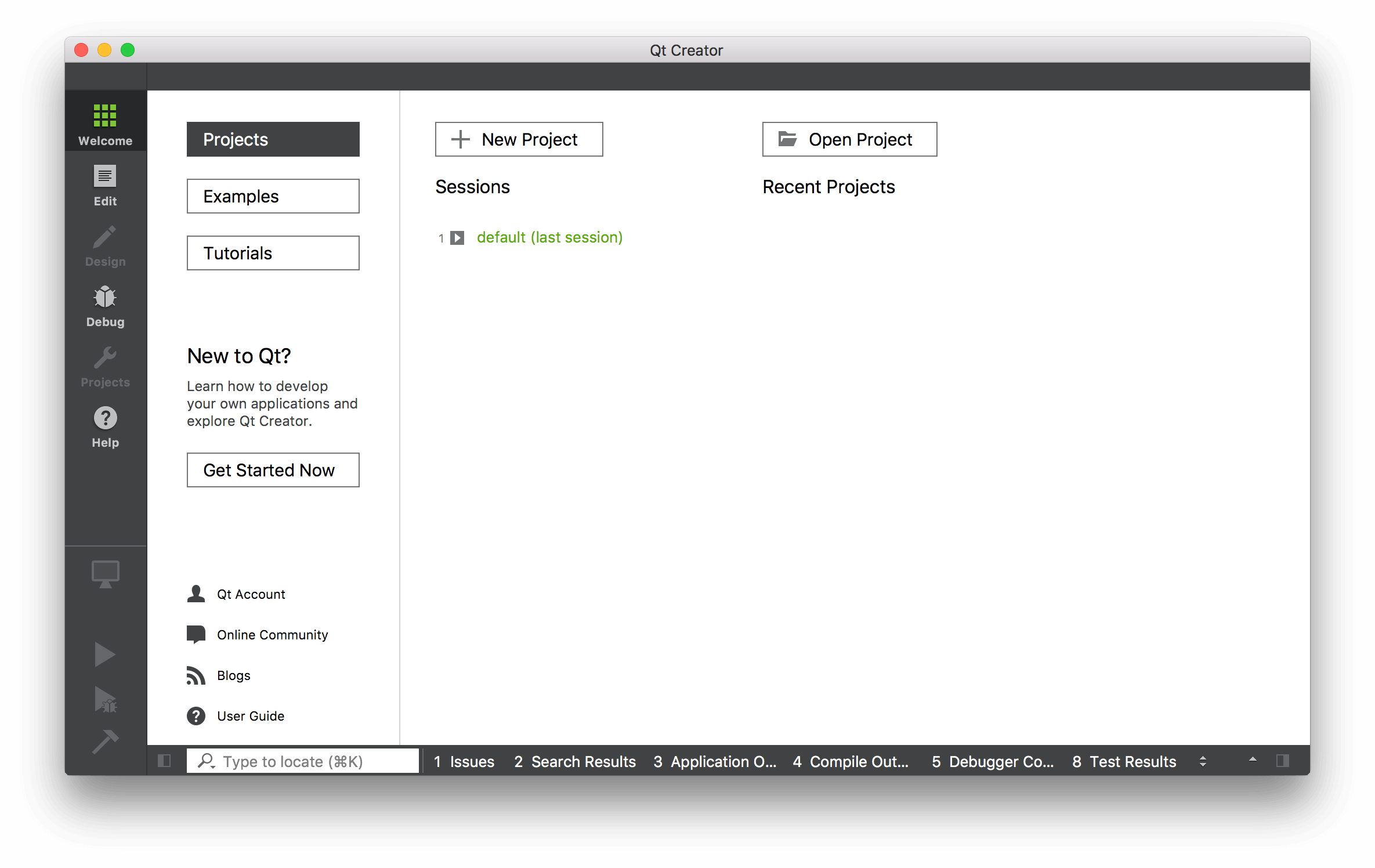 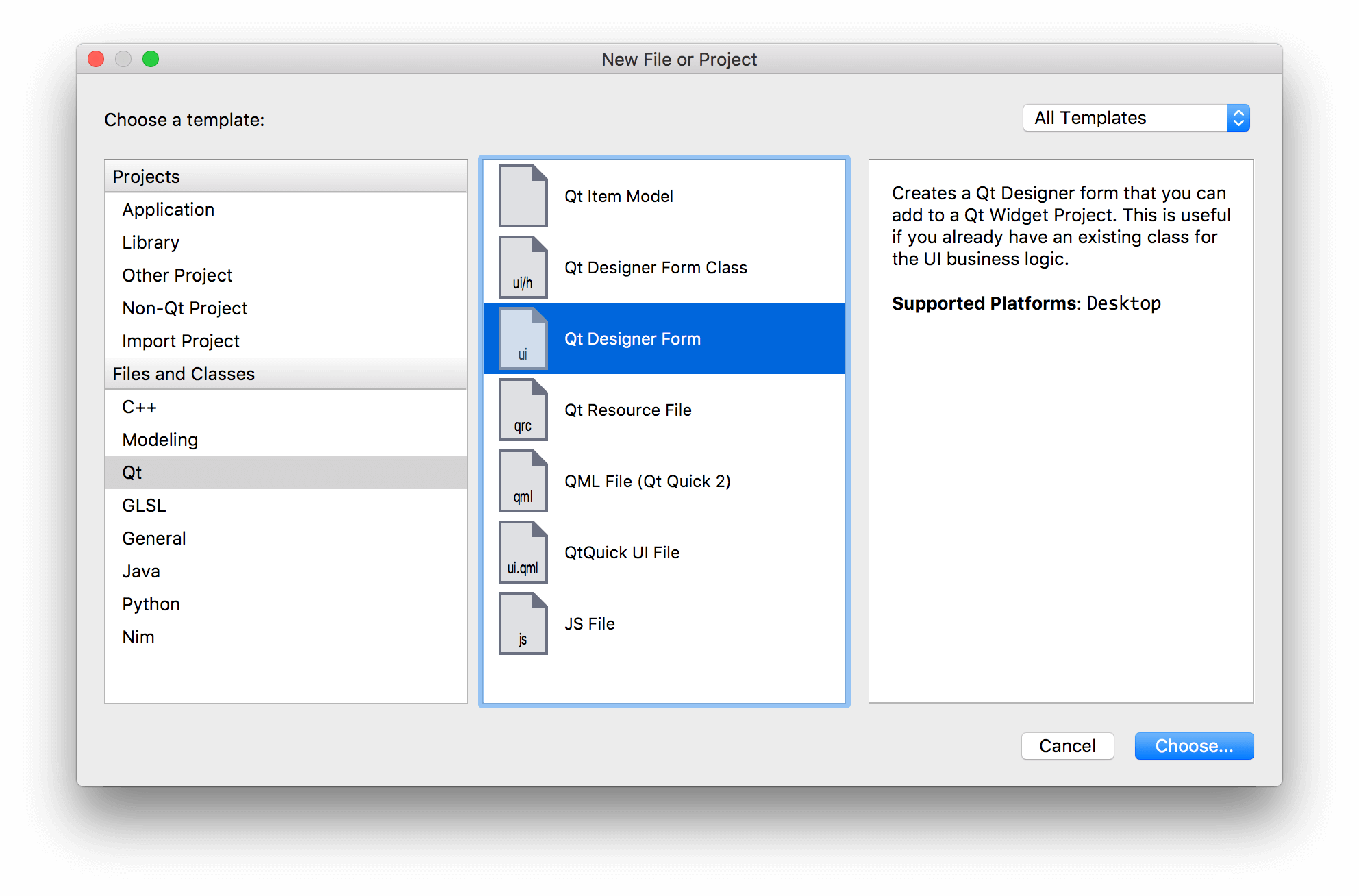 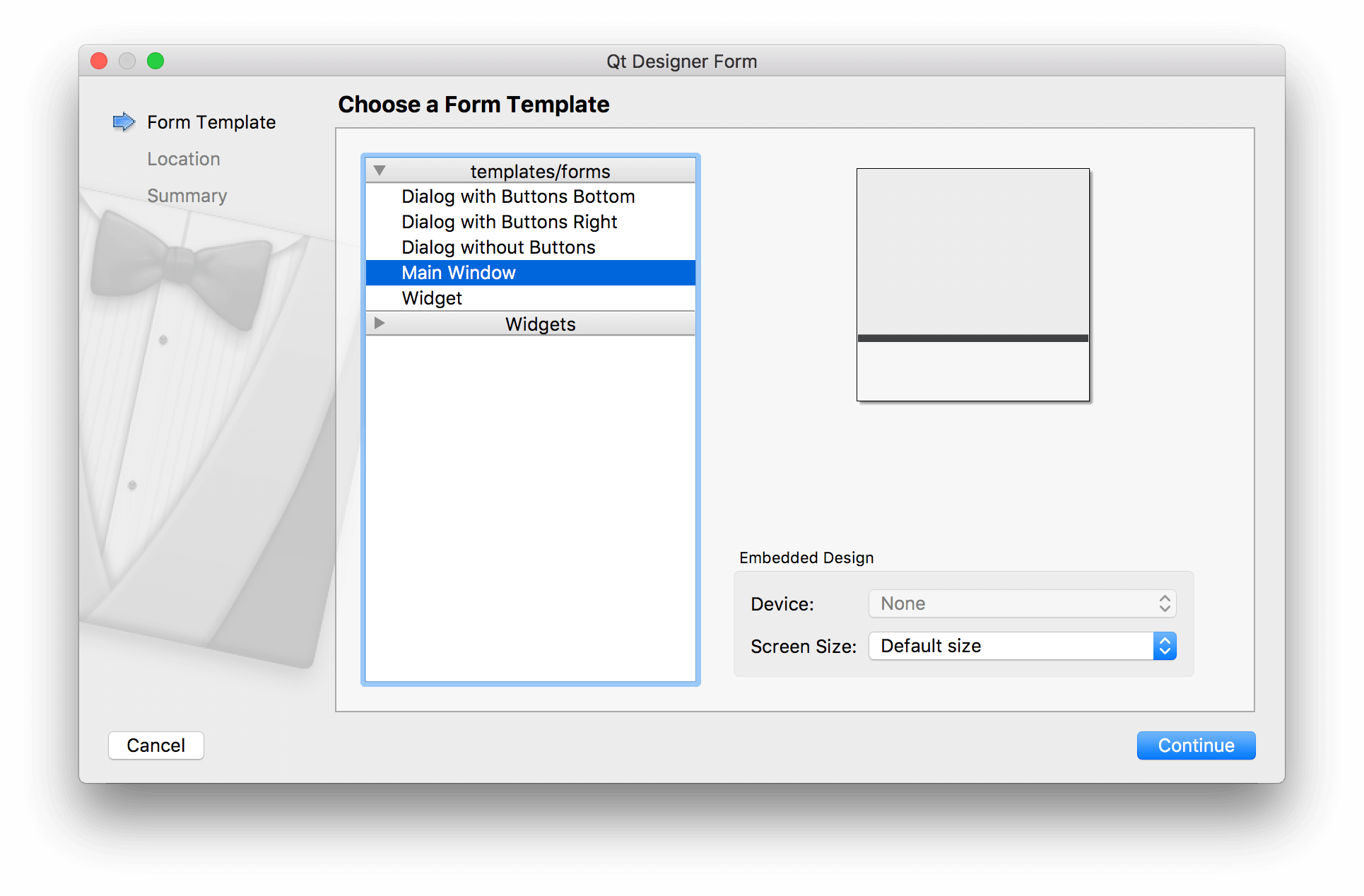 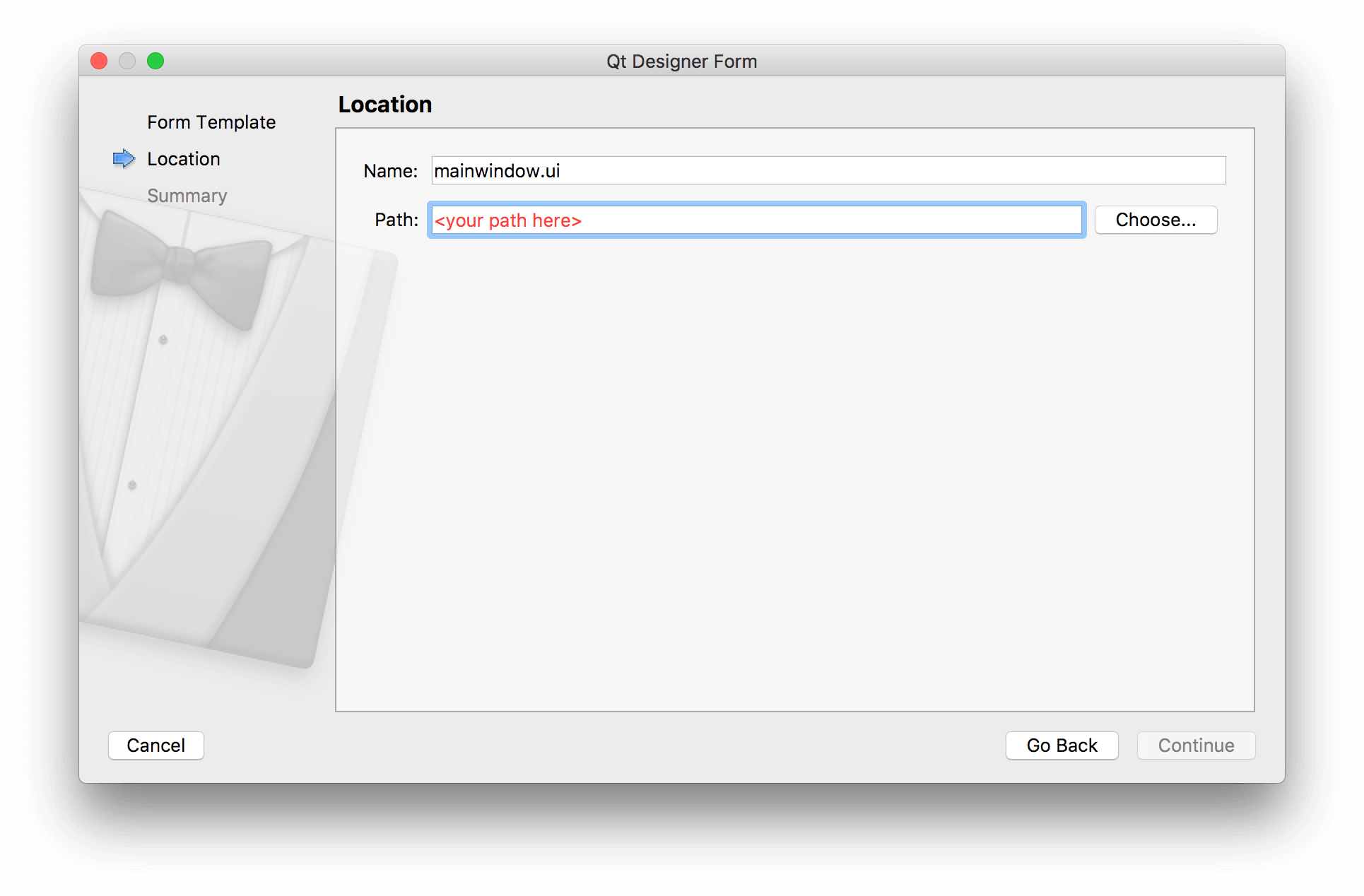 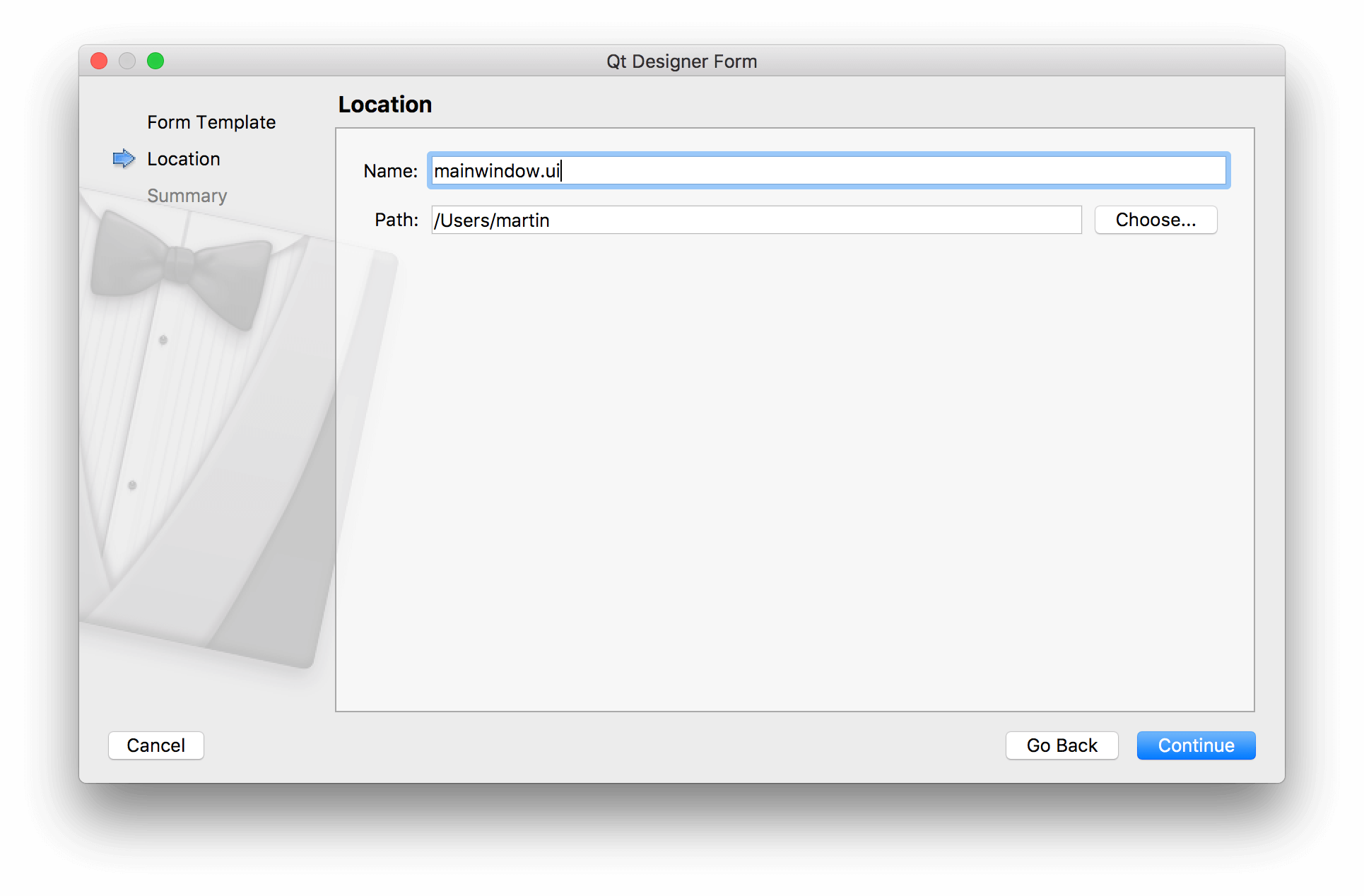 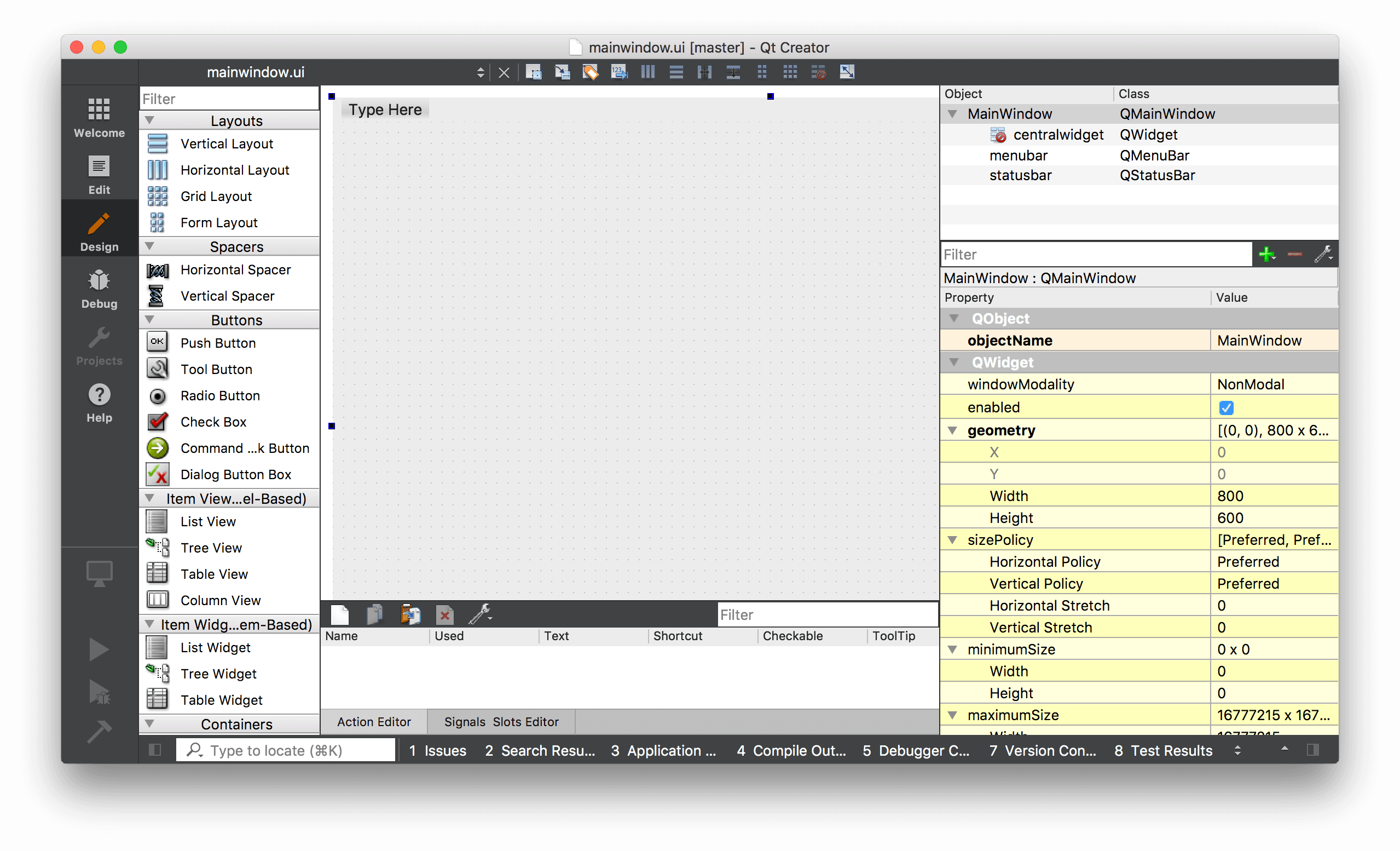 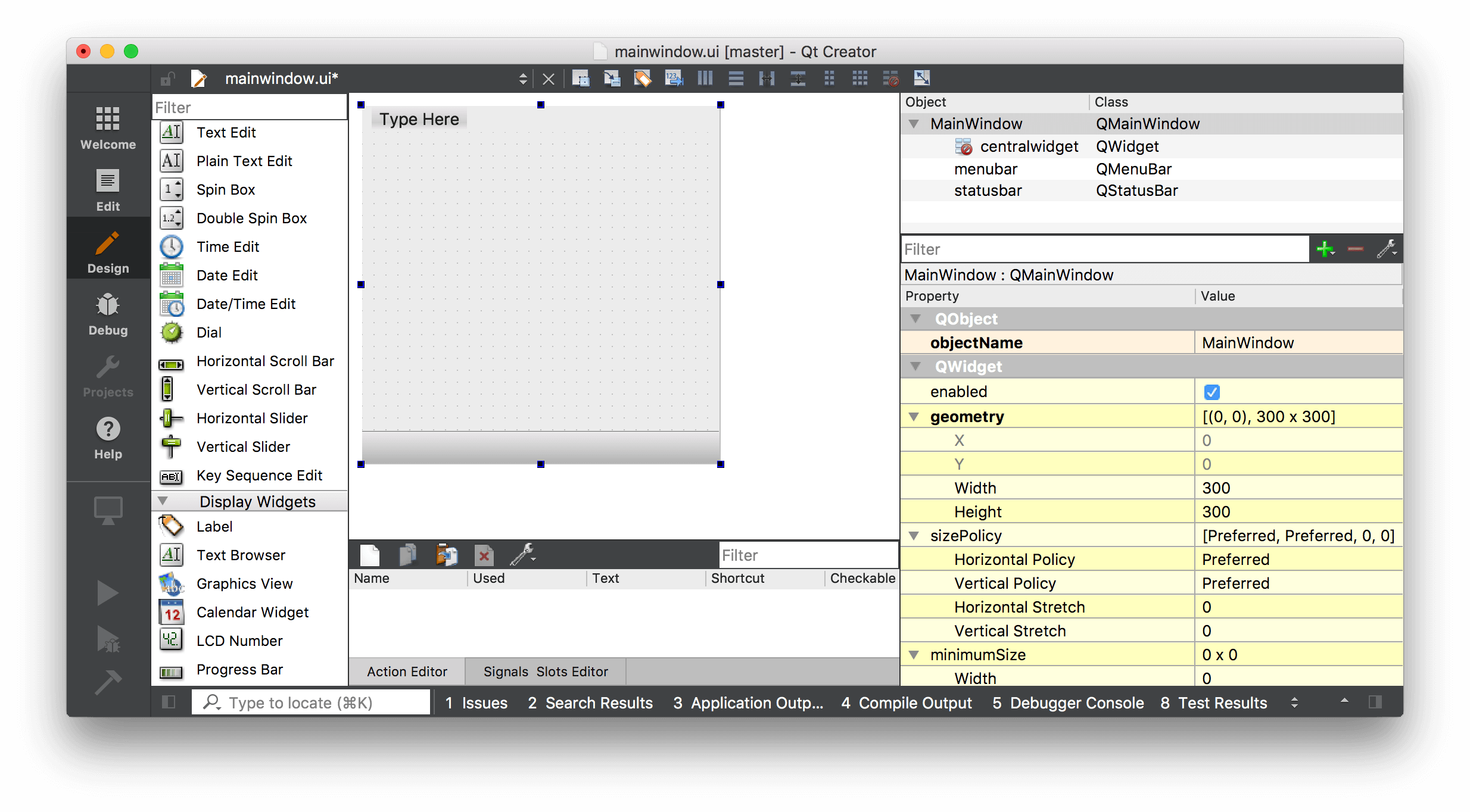 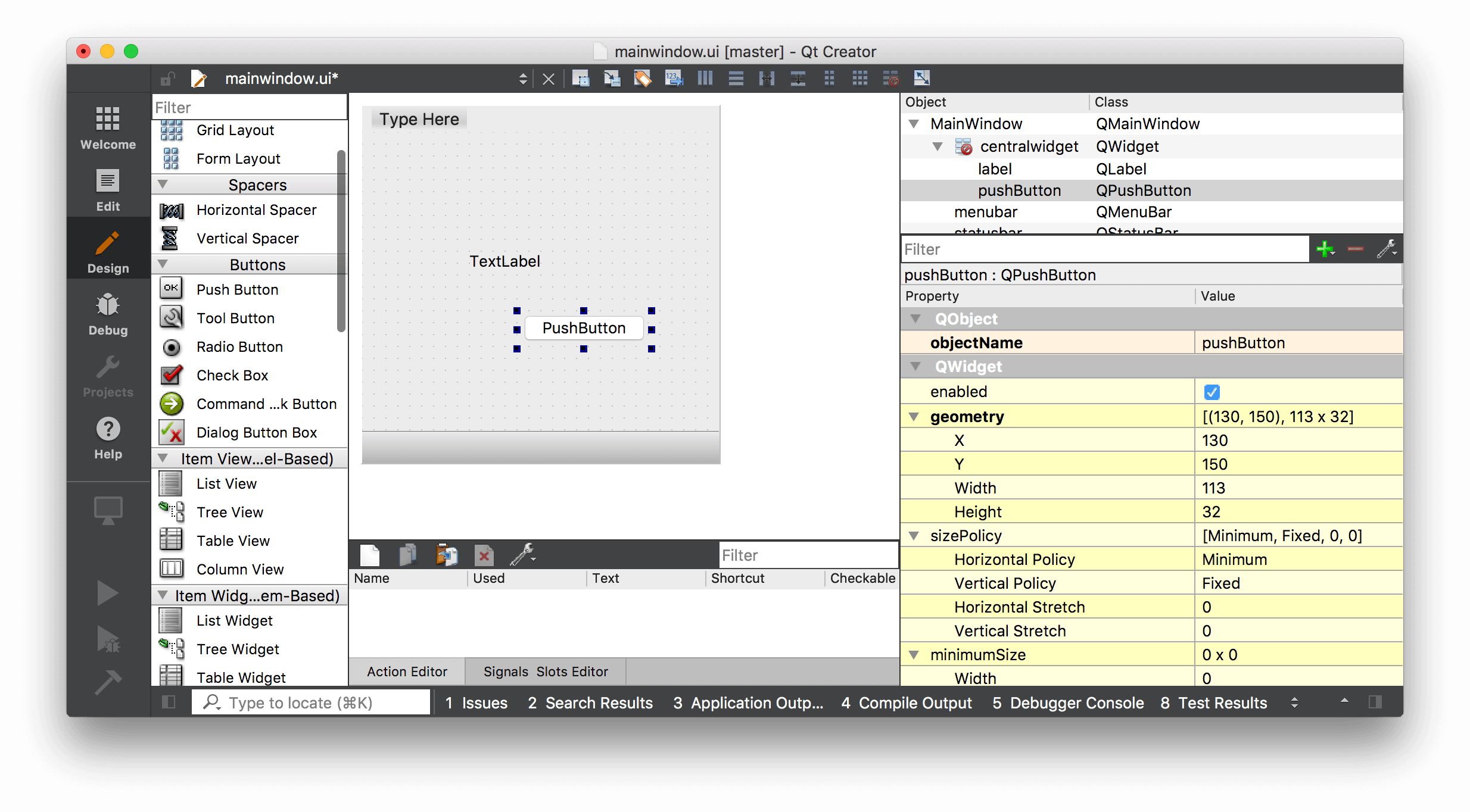 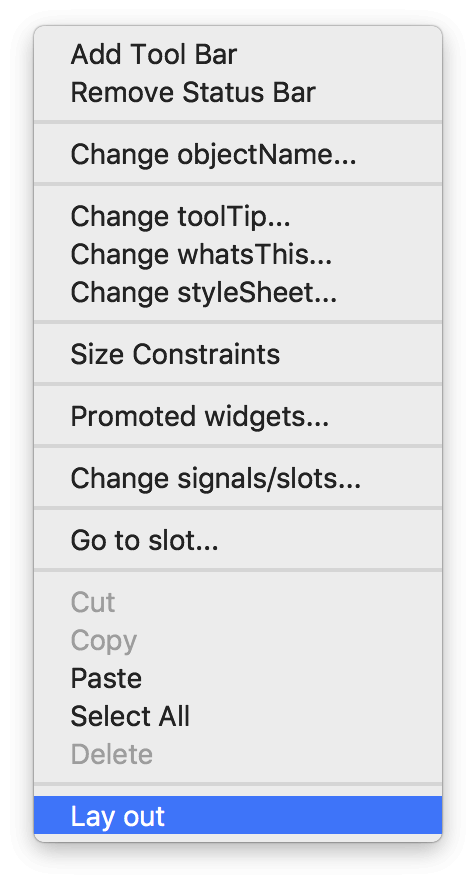 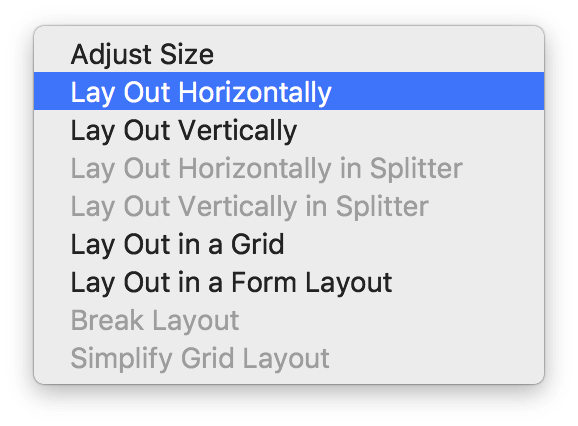 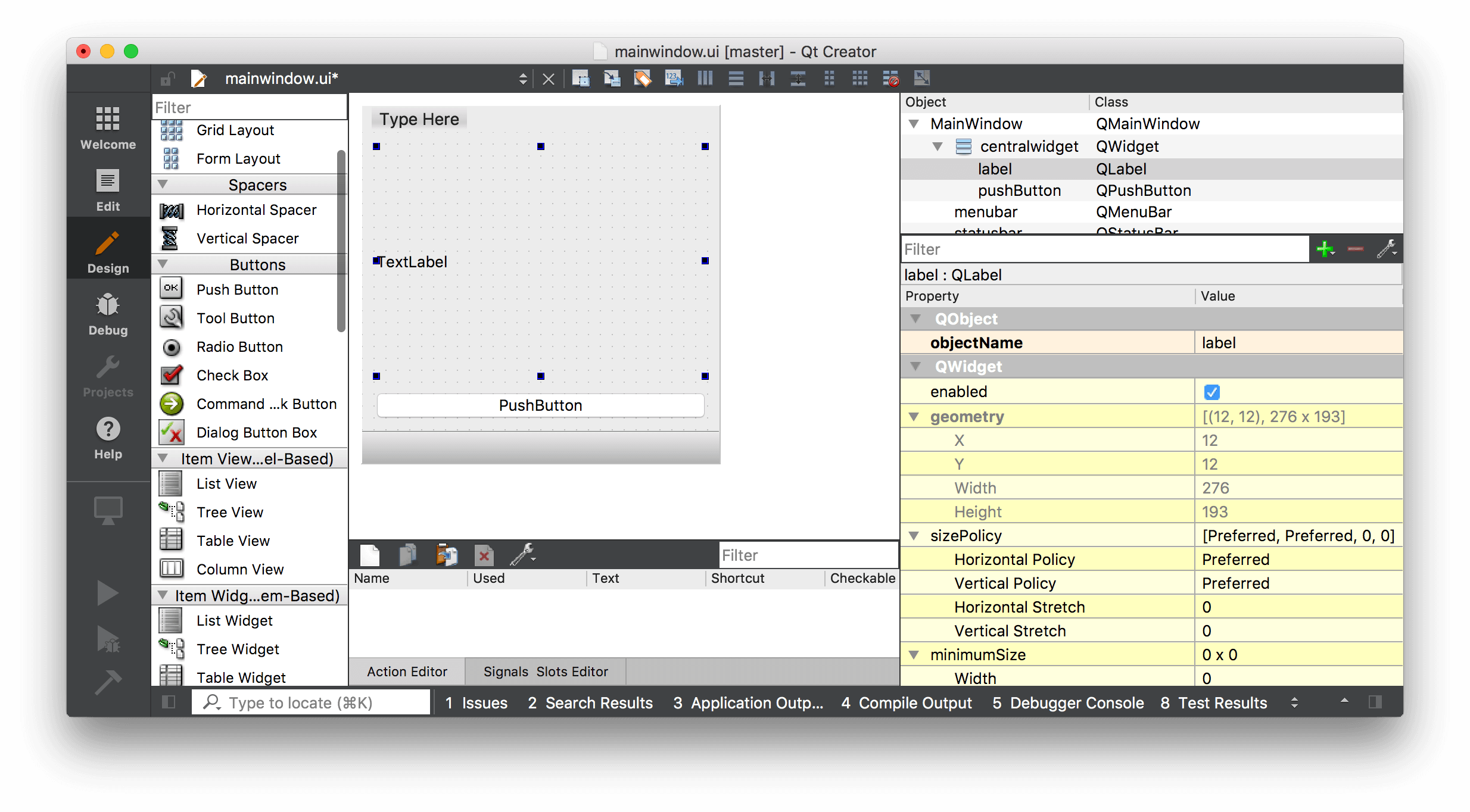 To load .ui files we can use the uic module included with PyQt6, specifically the uic.loadUI()method. This takes the filename of a UI file and loads it creating a fully-functional PyQt6 object.

As the uid.loadUI() method turns an instance object you cannot attach custom __init__() code. You can however handle this through a custom setup function

To load a UI from the __init__ block of an existing widget (e.g. a QMainWindow) you can use uic.loadUI(filename, self) for PyQt6.

To generate a Python output file run pyuic6 from the command line, passing the .ui file and the target file for output, with a -o parameter. The following will generate a Python file named MainWindow.py which contains our created UI.

If you're using PyQt5 the tool is named `pyuic4`, but is otherwise completely identical.

You can open the resulting MainWindow.py file in an editor to take a look, although you should not edit this file. The power of using Qt Creator is being able to edit, tweak and update your application while you develop. Any changes made to this file will be lost when you update it. However, you can override and tweak anything you like when you import and use the file in your applications.

Importing the resulting Python file works as for any other. You can import your class as follows. The pyuic6 tool appends Ui_ to the name of the object defined in Qt Creator, and it is this object you want to import. 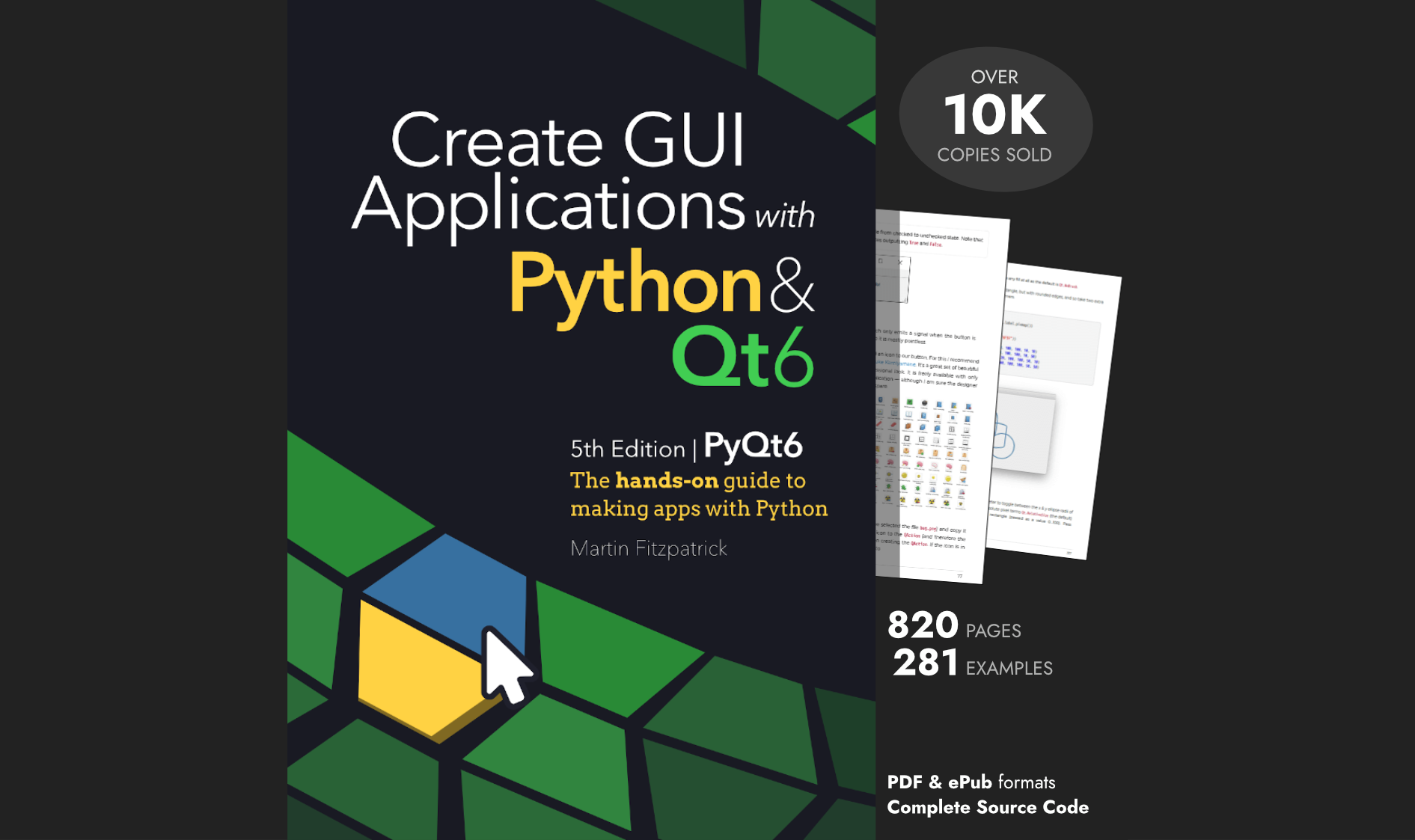