Q&A: How to fix widgets appearing as separate windows?
Understanding Qt parents and layouts and the effect on widget position

One very common issue when you start creating GUI applications with Python & Qt is having your widgets either disappear or start popping out of your interface as independent windows. This is pretty confusing if you don't understand why it happens, but once you do it's usually very easy to fix.

Below is a small example to demonstrate these effects. We create a window, add a layout and a widget.

In the initial state the widget isn't added to any layout and has no parent, so when the application is run you'll actually see two floating windows. Push the control buttons to experiment with adding the widget to the layout, setting a parent, clearing the parent and removing it from the layout.

Each time the state changes the current parent will be printed to the console. Notice that when you add the widget to the layout, the widget receives the Window as it's parent. This is the normal behavior in Qt: adding a widget to a layout will set it's parent to the widget on which the layout is applied (the container widget). In this case this is the Window itself.

If you remove the widget from the layout, it's parent is not automatically cleared. The widget will remain inside the window, near it's original position. But the layout will re-lay the other items over it.

If you remove the parent the widget will return to it's floating state.

Note that when setting the parent on the window we also call .move(0, 0) to move it to a specific point relative to the parent window. This is necessary to ensure we can see the widget: if you remove this, setting the parent will just make the widget disappear. If you have widgets disappearing in your apps, this is a good that they have a parent set but are not properly positioned or added to a layout. As a general rule, use layouts to avoid hitting these kinds of issues!

My complete guide, updated for 2021 & PyQt6. Everything you need build real apps. 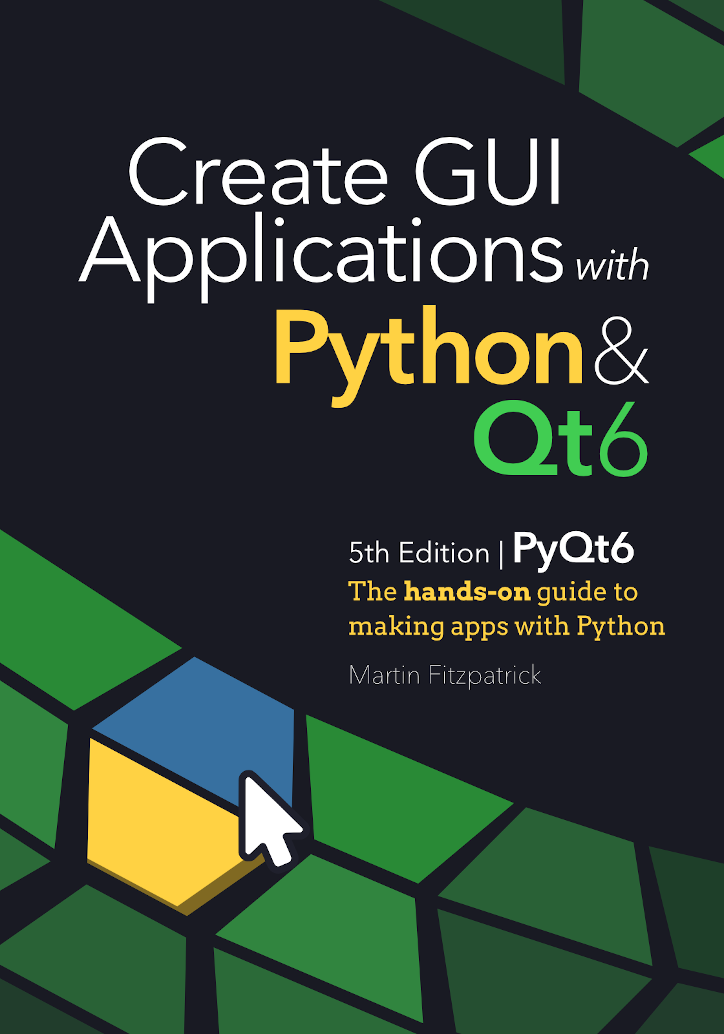